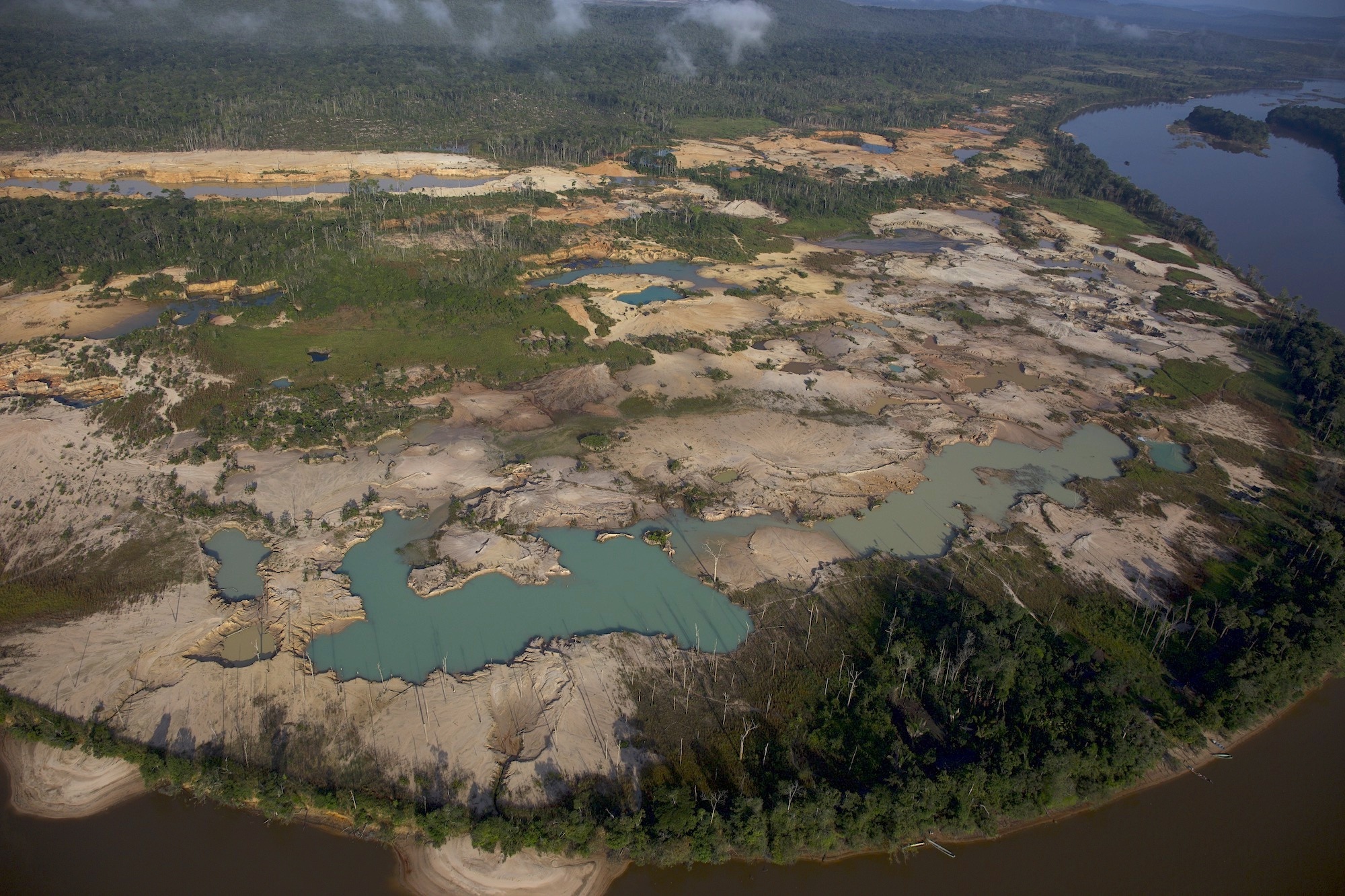 Until recently, a large swath of southern Venezuela — part of the Amazon basin — was one of the last, great unspoiled areas in South America. The heart of an ancient geological formation known as the Guyana Shield, this region ranges from lowland rainforest to 10,000-foot tabletop mountains and harbors staggering biodiversity, numerous national parks, and the world’s highest waterfall, Angel Falls. It is also home to 27 Indigenous groups totaling 173,000 people.

But as the disintegration of the Venezuelan state has accelerated — the country’s oil revenues have plummeted 100-fold in a decade, from $73 billion in 2011 to $743 million in 2020 — Venezuelan President Nicolás Maduro has unleashed an illegal mining boom south of the Orinoco River that is tearing at the heart of this exceptional region. The third-place winner of the Yale Environment 360 Video Contest takes viewers inside this arc of destruction and exposes the alleged corruption and criminality involved in the exploitation of gold, diamonds, the rare earth metal coltan, and other minerals.

The film was produced by SOSOrinoco, a conservation group that is leading the effort to bring global attention to this problem. The director, a young Venezuelan living abroad, asked that he not be identified for security reasons. The film alleges that since 2016, when Maduro declared the establishment of a 43,000-square-mile mining zone south of the Orinoco, the highest levels of the Venezuelan government and military have sanctioned or controlled more than 900 mining sites and have worked with criminal groups such as the FARC and ELN guerrillas in Colombia to smuggle this wealth abroad — largely bypassing the impoverished Venezuelan treasury.

The 19-minute film, “The Mining Arc: Ecocide or Suicide?”, vividly depicts the beauty of this region as well as the huge environmental and human costs of illegal miners blasting out riverbeds, mountainsides and forests with water cannons in ostensibly protected national parks and then spewing sediment and mercury from gold processing into once-untouched rivers. Says an Indigenous female Pemón chief, “We are suffering an uncontrolled invasion in the Pemón territory. There is the fear of losing what little land we have left.”

About the Contest: The Yale Environment 360 Video Contest honors the year’s best environmental films, with the aim of recognizing work that has not previously been widely seen. Entries for 2021 were received from six continents, with a prize of $2,000 going to the first-place winner.