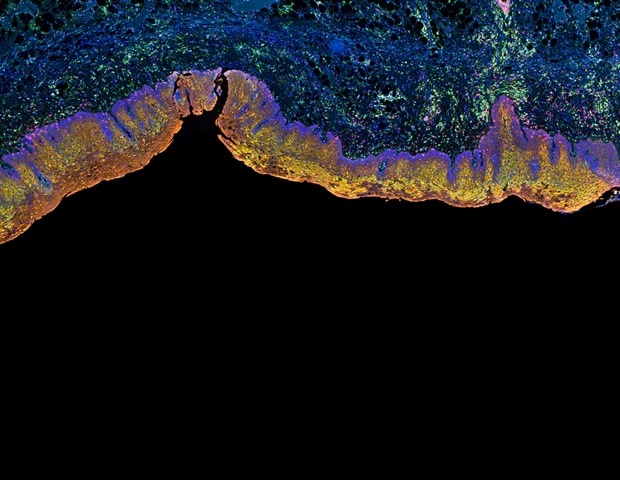 A study conducted at the University of São Paulo (USP) in Brazil suggests people previously infected by Chikungunya virus may develop partial immunity to Mayaro virus. The finding, presented in Journal of Virology, is based on experiments involving mice and blood serum from patients. According to the authors, this type of cross-protection may be one of the reasons for the absence of a major outbreak of Mayaro fever in Brazil. The study was supported by FAPESP.

In the experiments, mice were infected first with Chikungunya and a month later with Mayaro. The same procedure was performed in reverse order on another group of mice. The inflammatory response to the second infection was milder in both groups.

“We observed a significant reduction in the secondary disease. Our analyses showed that cross-protection attenuated the severity of the disease in several ways: reducing viral load, mitigating tissue damage, and partially inhibiting the inflammatory mediators that cause damage to cells,” said Marcílio Fumagalli, a PhD candidate with a scholarship from FAPESP at the Center for Research in Virology, part of the Ribeirão Preto Medical School (FMRP-USP). “When we tested neutralizing antibodies to one virus against the other, we found a low protective response to both.”

Although the mice initially infected with Chikungunya had low levels of neutralizing antibodies in their bloodstream, these levels rose rapidly after secondary infection with Mayaro, inducing cross-protection against the latter.

The researchers analyzed neutralization by antibodies but also identified other factors in the mice’s immune system that could influence this cross-protection. “An infected individual is sensitized and begins to produce antibodies, as well as other defense mechanisms,” Fumagalli said. “The organism develops an ‘immune memory’ and can respond faster in the event of reinfection.”

The levels of antibodies produced after each infection were measured. “Production of memory cells [B and T lymphocytes] takes time, but the mice first infected with Chikungunya already had them, so during secondary infection by Mayaro the immune response was faster, including a rise in levels of neutralizing antibodies,” Fumagalli explained. “The immune response to pathogens is both innate [macrophages, neutrophils, natural killer cells] and adaptive [B and T lymphocytes], as well as involving soluble mediators such as antibodies and cytokines.”

In the study, we observed the important role played by antibodies, one of the factors that mediate cross-protection. We also concluded that other elements must be involved.”

Luiz Tadeu Figueiredo, principal investigator, Center for Research in Virology and leader of the study

The researchers also analyzed blood serum from patients infected by Chikungunya. This experiment served to demonstrate that antibodies produced in response to infection by Chikungunya also led to cross-protection against Mayaro.

Mayaro virus and Chikungunya virus both belong to the family Togaviridae. The symptoms of the diseases they cause in humans are similar, but their structures are slightly different. “Each disease requires the production of different types of antibody, although some recognize the same proteins. In other words, Mayaro and Chikungunya trigger the production of different antibodies, but some of these antibodies are effective against both diseases,” Fumagalli said.

Chikungunya is transmitted by the bite of female mosquitoes of the species Aedes aegypti and A. albopictus. The main symptoms in most cases are high fever, headache, joint and muscle pain, nausea, fatigue and rash. Joint pain can remain acute for several years.

Mayaro is transmitted by a sylvan vector, the mosquito Haemagogus spp. The main symptoms are sudden onset of fever, rash, dizziness, chills, headache and muscle pain. Severe cases also involve joint pain, which may or may not be accompanied by edema. No vaccines exist for either disease.

Cross-protection is unusual but not unknown to immunologists. The case of dengue, for example, which is a flavivirus, is more complex. “First of all, there are four serotypes of the same species. The immune response to each one is different. Antibodies to one may cross-protect against another, but some antibodies can make the disease more severe,” Figueiredo said.

Confirmation of cross-protection between Mayaro and Chikungunya also explains why the former disease is not circulating widely in Brazilian cities despite the occurrence of outbreaks in recent years and the warnings put out by health authorities. “The finding raises the hypothesis that cross-immunity may be an evolutionary barrier against adaptation of Mayaro virus to the urban environment,” Figueiredo said. “Both pathogens are endemic in Brazil but only Chikungunya has adapted sufficiently to circulate in cities. Mayaro is mainly sylvan.”

Fumagalli stressed that other factors besides cross-protection may block transmission of Mayaro. “To infect humans, the virus would have to adapt effectively in order to be transmitted to urban mosquitoes, but in fact it’s mainly transmitted between monkeys and other sylvan mosquitoes,” he said.

Another key factor in the differences between the two diseases is viremia. Mayaro produces a low viral load in humans for a short period after infection, further reducing the susceptibility of urban mosquitoes. “In other animals, such as monkeys, viral load is significantly higher, which may also explain this evolutionary barrier that prevents Mayaro from circulating in urban environments,” Fumagalli said. “Our study suggests prior immunity may be an obstacle to circulation of Mayaro among humans, given that subjects infected by Chikungunya are partially protected, and this could help control fresh outbreaks.”

Sunny Balwani, No. 2 Theranos Govt, Is Sentenced for Fraud